After the huge success of last year, Maskorama is finally working again on NRK. It is speculated, discussed and guessed who is hiding behind the various characters that perform every Saturday.

Jan Thomas, one of the program’s investigators, believes that his close friend Einar Tournquist is one of the participants in this year’s season.

– Einar has such a good voice that he could have fooled us. We only have a couple of shows, but if he’s involved – and he can be good – it will be revealed at some point, probably because of the song selection. But I and many people think that Einar is behind one of the masks, as he says to Good Morning Norway.

So far, Jean Thomas hasn’t been able to guess the right person behind the masks yet. He’s hoping it will change this year, something Einar is deeply suspicious of.

What Jean suffers from is a kind of vocal deafness, because he cannot hear to whom the sounds belong. But I can hear it, and know from everyone but two this year. Want to hear one, which I think is a bit pungent? Our perennial mermaid.

The reason for the perverted guess is that he thinks he hears it in her voice.

– I heard her sing twice. Among other things, diamonds are girls’ best friend.

– I feel like I’m in the heat here, me. No, well, now there’s a lot of speculation here, Vår Staude was stunned by the shooting.

– It starts with the sound, but then I also went through the hints. There’s a Norwegian flag out there about your May 17 broadcasts, and so is this album by Magnetic Fields – 69 Love Songs, which we see in the background. 69 degrees 69 degrees, as it smokes at 79 degrees N, Einar continues.

See also  Did you miss these cases?

– Oh, I thought 69 had something to do with the situation, Farr jokingly asks.

– I do not exclude that there are useful hints for you.

– My mouth was shut with seven sails – at least, says the hostess while defending herself that she was on the mountain last Saturday.

See when Good Morning Norway challenged best friends to a short quiz about each other:

Since Einar is sure he knows who most people are, he handed it over with the various identities in an envelope for a podcast producer to him and Jan Thomas.

After every Saturday, Jean-Thomas opens the envelope and sees what his friend guessed.

– I had Christian Rangeis. I’m also sure of Atle Pettersen as the dragon, and Spring as the mermaid – I’m pretty sure of it too.

– The bear may be Ingeborg Walther, but I’m not sure. Also, Dedric Sully Tangin as the Snow Monster of course. Nøkken, there it stands for me between Desta and Alexandra Joner, but I think it’s Alexandra, says Einar. 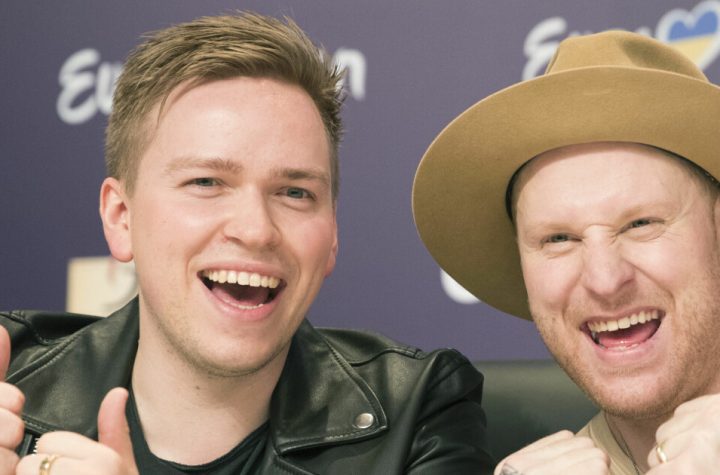 MGP winner will be dad again