Norway’s Democrats are Nazis and shouldn’t have the right to express themselves freely, but they are chased away from the public space, says Rodet leader in Oslo, Siavas Mubasheri. What he says is, in practice, that the party should be banned.

In the wake of the Nordic Resistance Movement (DNM) demonstration in Oslo on Saturday, Siavas Mubasheri issued a warning against some Norwegian parties during Sunday’s appeal on Rodette’s behalf. By then, it had become clear that as many as four Norwegian Nazis were among the 35 who marched in Oslo, before the police firmly put them in trouble.

The missionary himself published his appeal on Facebookwhere he writes:

We’ve all heard the war slogan when people said “Never again!” However, about 40 violent Nazis are strong enough to walk back into Karl Johan.

So the missionary wants to use the resistance of the Norwegian war in 1945 to stop the mouths of Norwegians he disagrees with, mentions the Democrats, Sian and the Alliance. He also writes:

Many were keen to say that the majority of those arrested yesterday are Swedish and Danish citizens. That’s right, but let’s not forget the Nazis in the coalition and the Democrats. There is also no doubt that the racists of the SIAN had a good relationship with the well-known Nazis and the central members of the DNM.

Their talk of free speech is just a coincidence to draw social debate to the right and create fertile ground for fascist politics. Therefore, they should not have the right to express themselves freely in the open space. The Nazis must always be met with visible resistance, they must be drowned out and driven away.

Where dissidents will be hunted down, the red politician does not say anything about them. The missionary is perhaps one of hundreds of thousands forced by Norwegian taxpayers to remain in asylum, and then it may be a bit duplicitous – not to mention immoral – to want to deny Norwegians with whom he disagrees the freedom of expression and the opportunity to work democratically in town.

Sophia Rana, another centrist Rodette politician, praises my directness of what she calls “wonderful allure.” She was herself one of those who organized a counter-demonstration against the overwhelming Nazi demonstration on Sunday.

The Oslo City Council representative, who hails from Pakistan, is currently a laid-off host and currently works as a consultant for right-wing extremism at the Anti-Racism Center (ARS). The latter has recently formed the underutilized anti-racist community, which, together with Rana, organized a counter-demonstration against the supposedly significant Nazi threat. Otherwise, Rana celebrated the death of Queen Elizabeth II in September, because then it is claimed that it was the end of “70 years of oppression”.

No, they are not talking about the mass exodus from the countries of the Middle East and North Africa, which has had dire consequences for Norway and led to countless Norwegians losing quality of life due to increased crime, murder, terrorism and rape, to name a few. Many trade unions and Islamic interest groups are supporters of this state-sponsored community probably against alleged racism – but also Norwegian People’s Aid and for some reason not the EU.

Prime Minister Jonas Gahr Store was outraged after Saturday’s Nazi rally, Oslo City Council President Raymond Johansen was clear they didn’t want such people in Oslo, and politician Rudi Mimir Krischgenson called the four Nazis “traitors of the country”. But if you were so concerned with fighting racism, fascism, bigotry and hate, where were all those angry people when Islamists filled the streets? contract after contract.

Where is all the enthusiasm when Islamists from foreign lands not only fill the streets with anti-democratic rage, but commit rape, robbery, murder and terrorism?

Where were they when almost all Muslims in Oslo demanded the death of Salman Rushdie in 1989?

Where were they when 6,000 Islamists filled the streets of Oslo in 2012 and demanded the death of a film director?

Where were they when the deadly and violent hatred of Norwegians appeared on our streets day by day, with increasing force, thanks to the ideology of “multiculturalism”? The Oslo terror in June in which two people were killed, over twenty wounded and many more affected is just one example.

Where were they when girls and women were gang-raped or our churches set on fire?

Thus Landsviker politician Rodit Mimir Krischjson calls these four Nazis, and uses the phrase “foreign occupying power” for 31 Swedes and Danes. It’s okay, we don’t want the Nazis. But they fill nothing more than a sofa.

What about the country traitors who are destroying our country with an ideology that really hates us, and who will wipe us out as people in droves if they are allowed to continue? Then we can talk about the occupation force, in numbers far outnumbering the German Nazis in 1940 or the 31 who were on a whirlwind visit now.

Although many in “multi-cultures” are peaceful, ISIS terrorists are now roaming our streets, and dozens of Norwegians have been killed or raped. There are more methods of occupation and colonization than weapons.

Isn’t it time to do something about this national betrayal and put an end to it?

1989: 3000 Muslims in Oslo support a fatwa against Salman Rushdie. Several bookstores in eastern Norway that were selling “The Satanic Verses” were torched. So they demonstrated for the death penalty.

2012: 6000 Muslims demonstrated in Oslo against the film Muhammad: – Brothers and Sisters. Organizer Obaidullah Hussein said from the podium that this world needs a new Osama bin Laden. He also said that murdered director Theo van Gogh got what he deserved. The Dutch filmmaker was shot and stabbed by a Moroccan, and received death threats against Ayaan Hirsi Ali with a knife stuck in her stomach.

It is obviously very important to show strength against a handful of Nazi idiots. But what about all the foreign people and powers that have established themselves in Norway, often with state support, and who have a mortal hatred of all that Norway and the West stand for?

It is clear that Red needs more Nazis to fight, he also imagines, but the enemies of the importing public are not very careful.

Convicted of gang rape, he decided to deport him – however he was in Norway. Now he is accused of terrorism

– I got very angry too. I had to set fire to churches because the Quran was violated 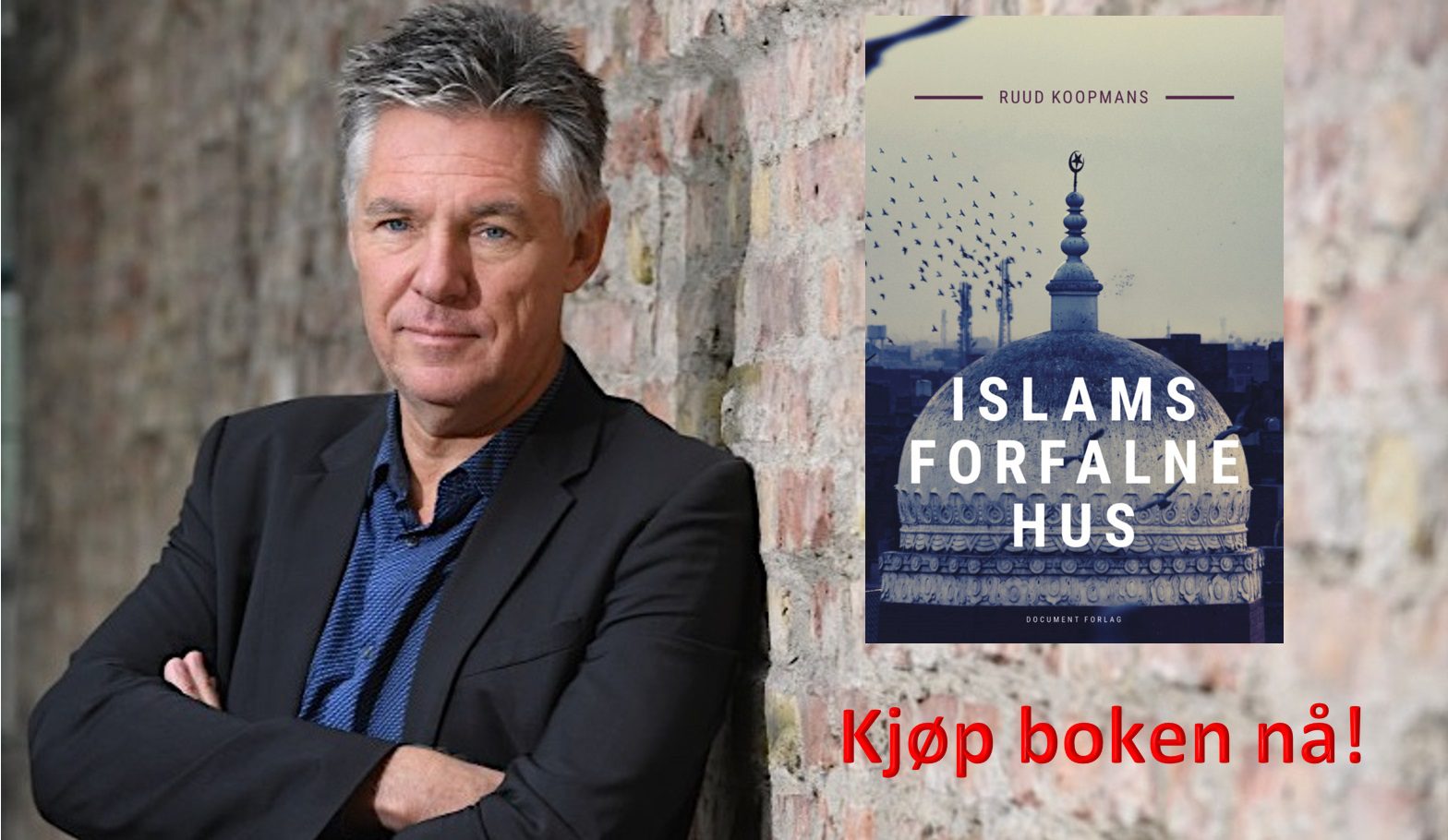 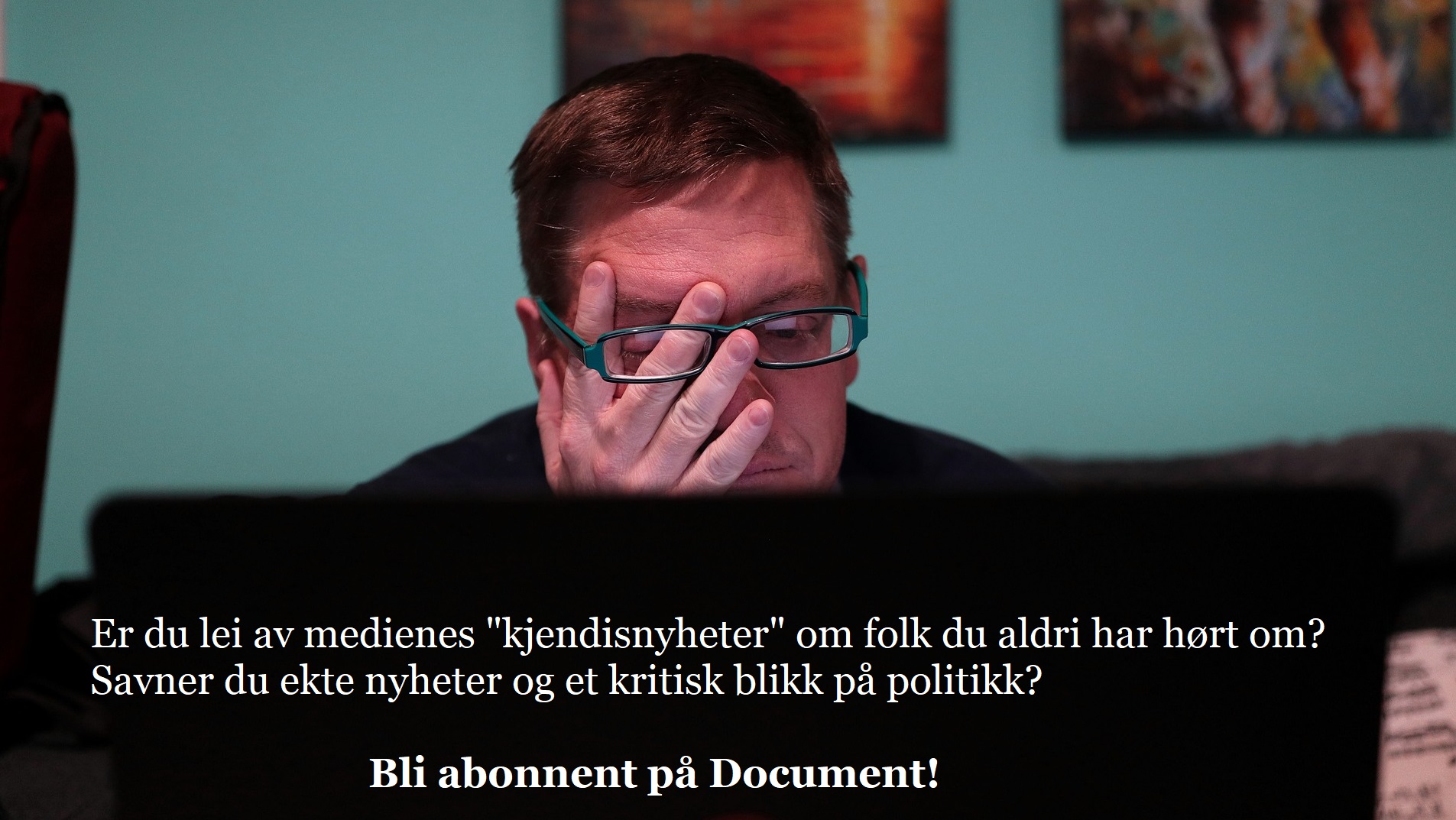